A sailing ship for Hanseatic city 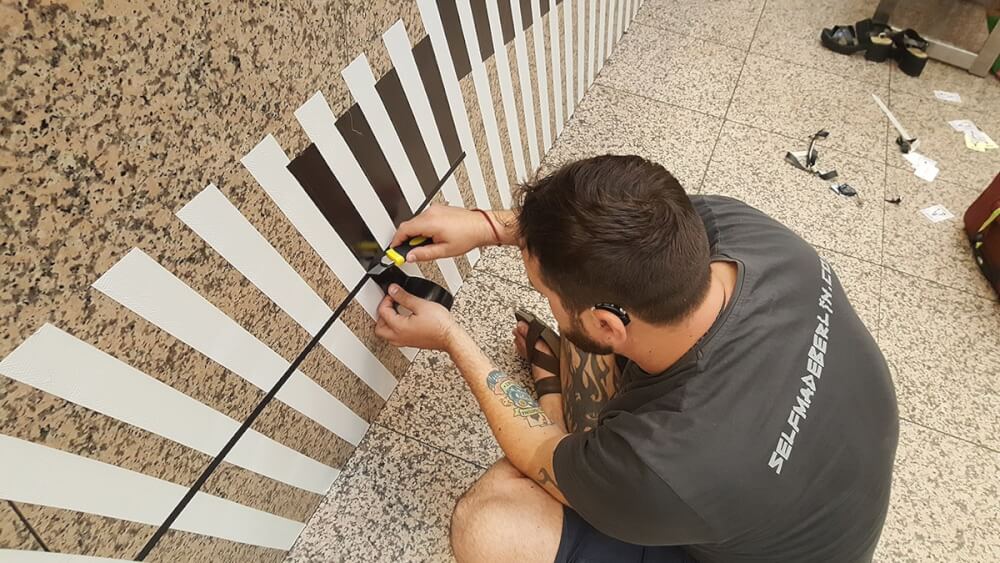 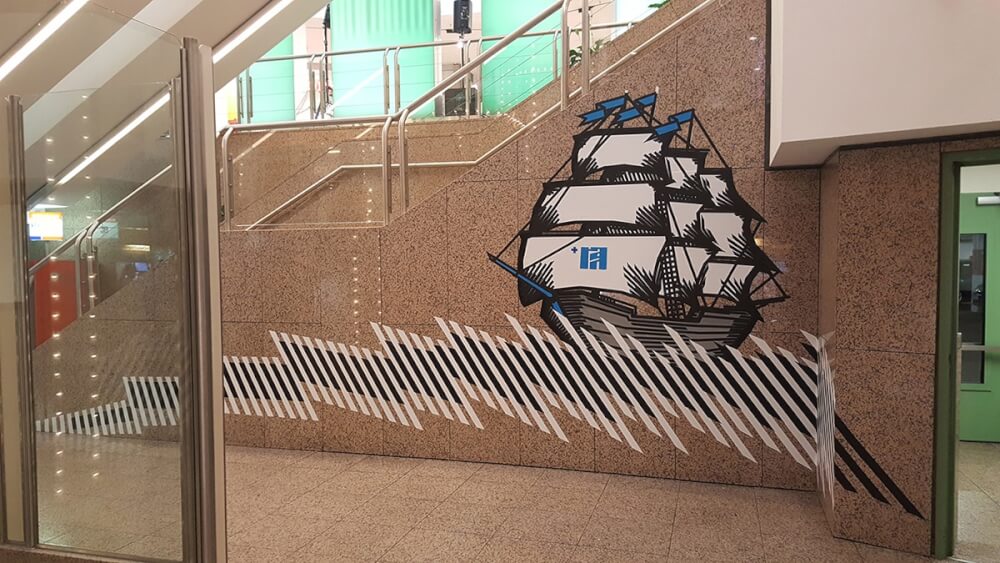 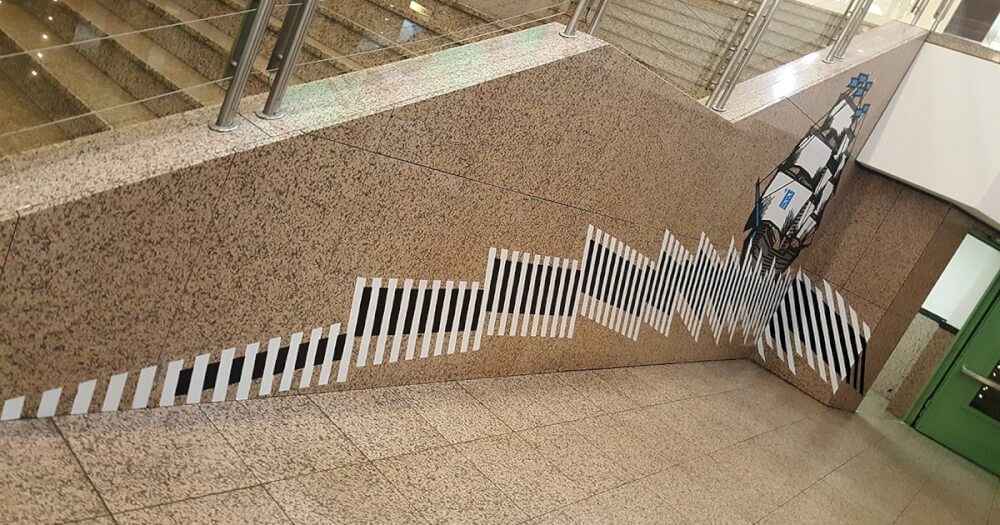 A new challenge for the “SELFMADECREW” in Hamburg

When someone calls the “SELFMADECREW” to let them know that a new event is coming, it’s like pumping gasoline into an engine ready to roar. Well, in other words, we were happy about a new challenge and another opportunity to create something great in front of an audience. Looking forward to what we came up with this time during the Street Art Festival in Hamburg?

Hamburg is a beautiful and charming city with an interesting history as a port city. When we were invited to this festival, we had to come up with an idea that suited the city and event. Would there be a better idea to celebrate this city than to visualize some maritime objects? So, the concept was done quickly! 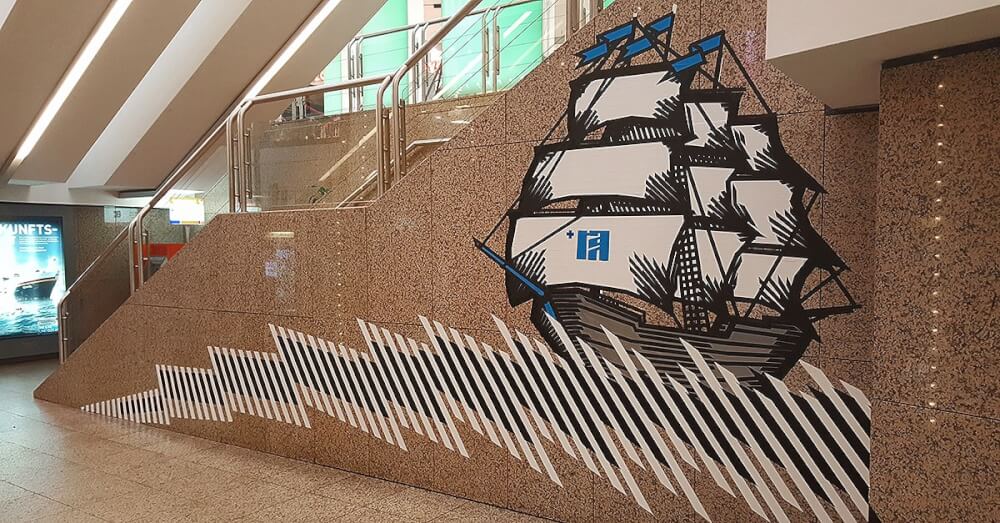 A sailing ship artwork made of duct tape

At the end of the day, after eight hours of gluing, we created this seven-meter-long, 17th-century sailing ship with three masts and many shrouds. And the whole wall-art was created with just a few sticky tape strips. We used only white, black and silver duct tape and a few blue stripes here and there to add some accents. Although Hamburg is today a modern city, the inhabitants certainly did not forget how the history of this city began. Because Hamburg was a seaside city, it grew and became what it is today.  All in all, the Street Art Festival was an incredible experience for me and my “SELFMADECCREW”. We enjoyed every minute that we spent during the trip to Hamburg and the live taping in front of an audience. 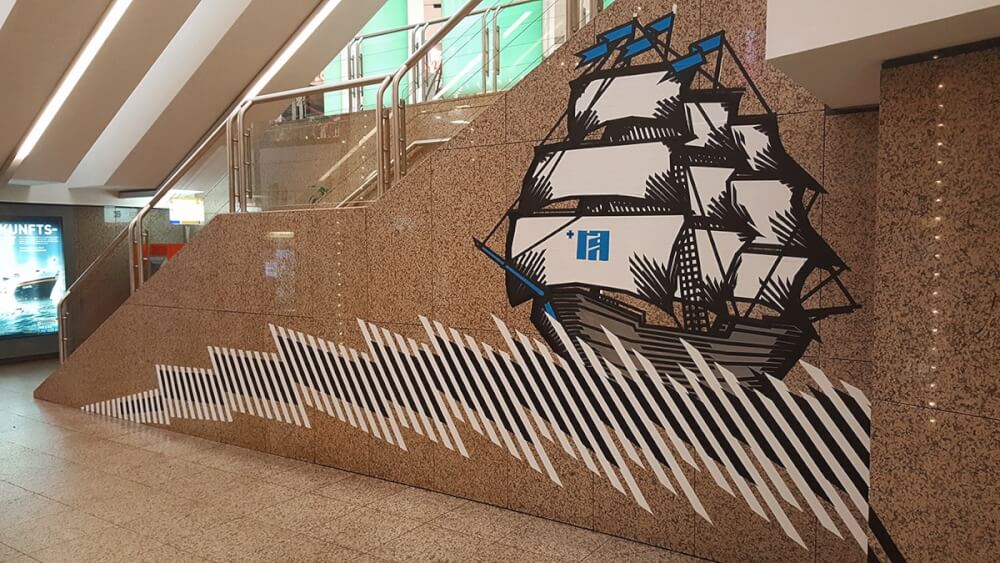 “Selfmadecrew” and their nautical duct tape mural in Hamburg