Our Sculpture for the Tape Art Con 2016 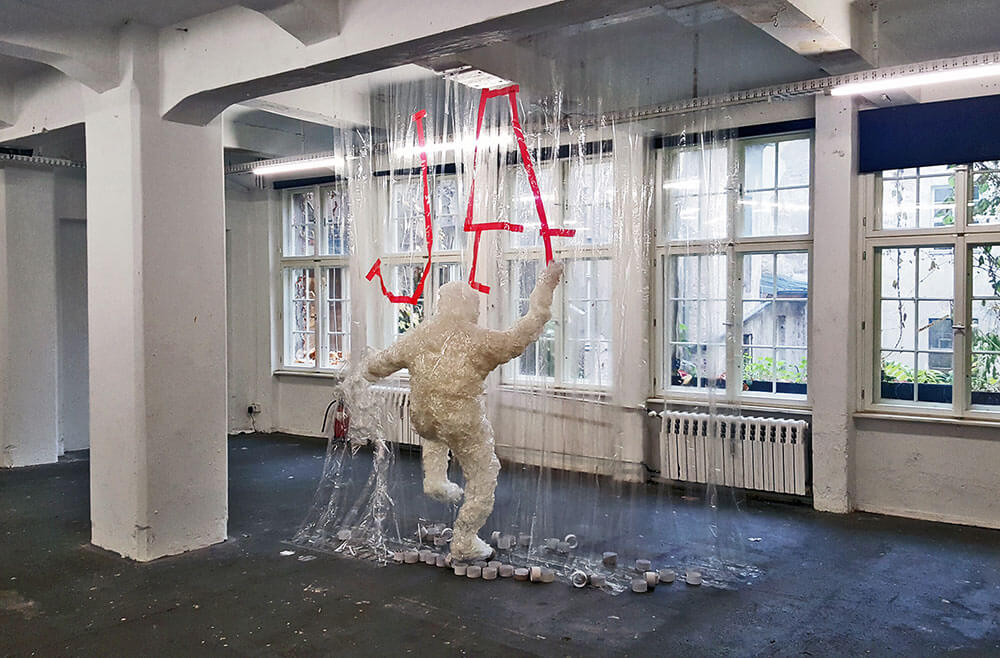 At the Tape Art Convention 2016, we thought about creating an artwork you have not seen before. As a result, we were faced with a three-dimensional figure of a man in full life-size. The sculpture consists of only transparent tape. Even during the gluing, the man got a name. From now on everyone named him Detlef. Thus was born “Detlef the tape artist”. 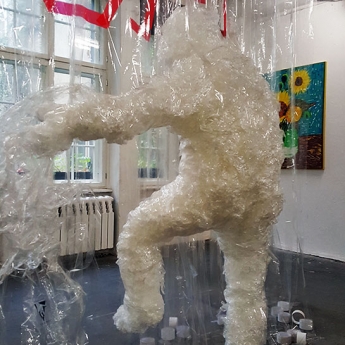 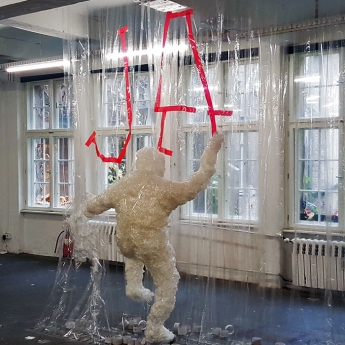 We’ve got a huge number of bridges in Berlin, and most of them become perfect graffiti and street-art galleries. What we decided to do with “Detlef”, is to let him live on the wall of one of those bridges, as a symbol of a free street-artist during his art process.

How we did it and how it turned out?

It was not an easy job to climb to the bridge wall and stick our tape-guy to it, but what not could be done for the sake of art! We sprayed him with an ultraviolet spray paint to make him look spooky. Also, he got a spray paint can in the hand.  And we added some graffiti lines, drawn by “Detlef” on the walls. And of course, my tag on the back should also not be missing.

That’s how our convention hero became a street art sculpture. 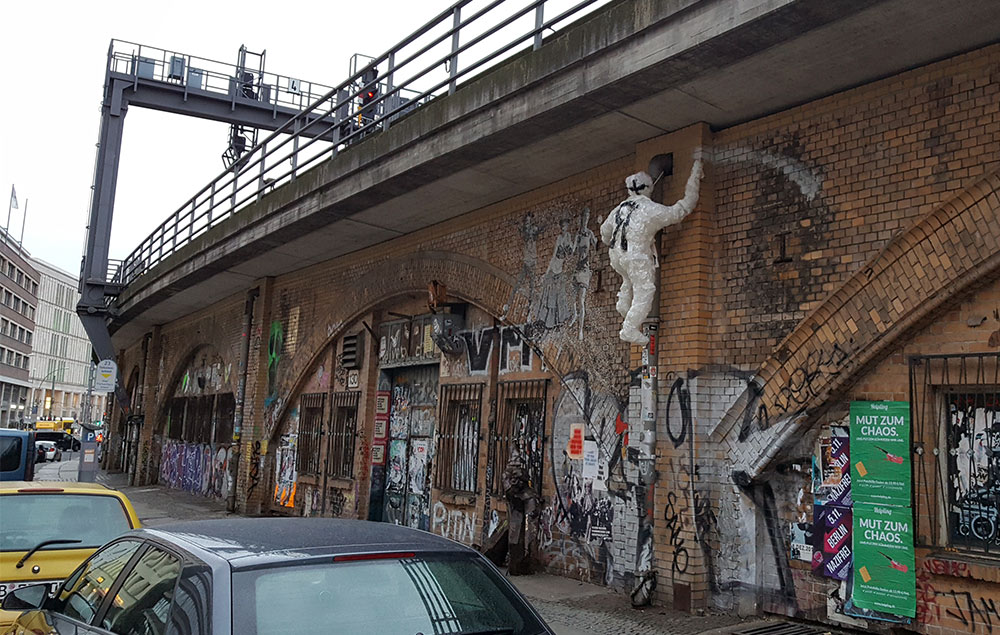 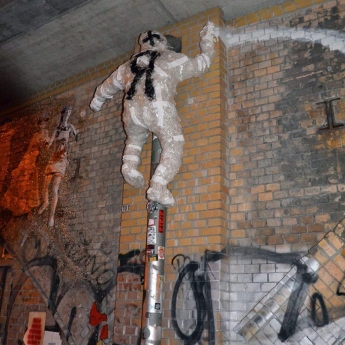 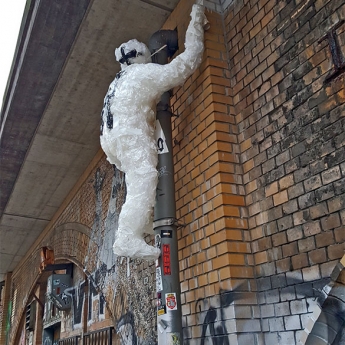